On the heels of the heated debate regarding arsenic in apple juice that was first stirred up by Dr. Oz, another piece of interesting – and frightening, information regarding arsenic has hit the wire. According to researches from Dartmouth College, pregnant women who eat rice regularly might expose themselves and their fetuses to too much arsenic, possibly putting them at risk of premature births.

A test found that pregnant women who ate rice in the two days before their urine was analyzed had a median level of the potentially toxic chemical 39 percent higher than those who didn’t. The study of 229 New Hampshire women was adjusted for the amount of arsenic in the water supply, according to the research published today in the Proceedings of the National Academy of Sciences.

This is a huge piece of news, and one that carries some serious implications for the FDA if proved correct. Arsenic in our apple juice was bad enough, and while the level of arsenic may not be the issue here, the fact that it is starting to be reported in more and more of the things we eat and drink is very alarming.

Arsenic occurs naturally in the environment and is common in ground water. While drinking water is tested, and there are guidelines for safe levels of the element — 10 micrograms per liter — no such monitoring or regulation exists when it comes to rice and other foods, said Margaret Karagas, senior author and director of the Children’s Environmental Health and Disease Prevention Center at Dartmouth in Hanover, N.H.

“Rice is a nutritious food, so we are not making a dietary recommendation that women avoid it,” Karagas said in a telephone interview. “What we would like to see is for our food to be monitored for the presence of arsenic and regulated to keep it below certain levels.”

This however may be the most serious arsenic news so far, as it involves threats to pregnancy. Another issue is that rice is the most widely consumed food on earth, so implications from this spread far and wide, no matter where you live.

Exposure to arsenic has been connected with the development of cancer and cardiovascular illness and may be related to premature births, low birth weights and other adverse pregnancy outcomes, Karagas said.

So where do we go from here? Is it safe to eat anything anymore without having to fear the possibility of arsenic? While the answer to that question is yes, there are plenty of safe foods, the fact that the planets most widely consumed food is under arsenic study can’t sit well with anyone. 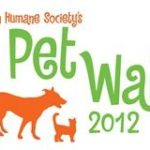