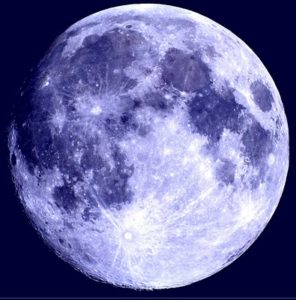 Tonight you will be able to witness a pretty rare occurrence. In fact, this astronomical event only happens about once every three years. Residents of Hawaii, and most everywhere else on earth, will be able to view an amazing “Blue Moon.”  There will be two ways to watch the Blue Moon occurrence; online and in real life. We recommend real life.

Get out to your nearest beach, beach park, park, rooftop, or anywhere else where you can get an unobstructed view of tonight’s moon. What you will see will be beauty in rare form. If by some chance you are unable to get out tonight, or the skies in Hawaii happen to be cloudy, then you can view tonight’s rare Blue Moon event through the web-based Slooh Space Camera, which will broadcast the event live beginning at 6 p.m. EDT.

It seems only fitting that a rare occurrence like tonight’s Blue Moon will occur just days after the most famous astronaut in American history passed away. Neil Armstrong was the first man to set foot on the lunar surface back in 1969. He will actually be laid to rest tonight during the Blue Moon.

Remember, it is best to get away from streetlights and city lights if you can, just so you can get the full effects of the Blue Moon occurrence in Hawaii. Viewing tonight will be enhanced even more if you can find a nearby lake or pond that will reflect the moon’s light. Of course, avoiding cloud cover is a must, so knowing where find patches of clear sky is key. We are not much on lakes and ponds in Hawaii, but we do live in the middle of the most beautiful ocean in the world. If you can make it to the coastline somewhere throughout the Hawaiian Islands, then what you will see will be quite a treat. 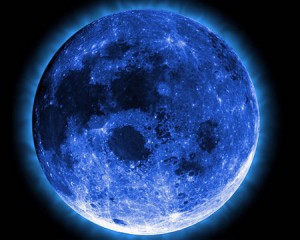 Folklore will tell you that strange things go bump in the night when there’s a Blue Moon–but what folklore won’t tell you is that Blue Moons aren’t really blue. The term is a misnomer and actually refers to the second of two full moons that occur during the same calendar month.

Because the lunar cycle is 29.5 days, most months only see one full moon. But every once in a while a full moon rises twice in the same month. The next time we humans will see a blue moon is on July 31, 2015.

There are varying theories as to where the term “Blue Moon” came from, given that color has nothing to do with it

Either way it is going to be quite a site. It seems that Hawaii and the rest of the world has already had an amazing run in with the moon already this year, as the Supermoon dazzled Hawaii skies earlier this year.

We will also be posting a gallery of tonights event. If you want to include your pictures we would love to have them. Send all submission to beyondhonolulu@gmail.com and include your name so we can give you photo credit. 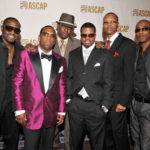