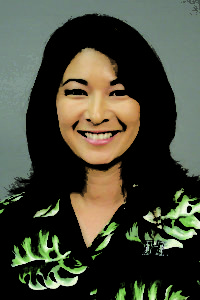 Donovan lauded her for her high character and leadership, which included consistent community service projects by the Rainbow Wahine. The fact of the matter though was that Takahara-Dias was unable to win on the court, which is what the fans want to see. This was Takahara-Dias’s third year as head coach for the women’s basketball team, and her 11-19 overall record as well as another losing WAC record of 6-8 (good only for 5th place in the WAC), couldn’t be ignored. The Wahine also got bumped out of the WAC tournament in the first round for the third straight year under Takahara-Dias.

It wasn’t just this season’s record however that played a part in UH making the decision to let her go. Her last three years have all been less than spectacular. Takahara-Dias went 32-58 in her first tenure as a Division I coach, including 15-31 in WAC play. Her original three-year contract was allowed to expire.

“Dana is a great person. As an individual, I couldn’t ask for a better person,” Donovan said. “She’s done everything I expected off the court. It’s just the on-the-court performance wasn’t there.”

Takahara-Dias stoically took to the WAC postgame press conference podium moments after being notified by Donovan. She answered a few questions about the loss to LaTech, but declined to go into her conversation with Donovan or her future. She obviously knew at this point her future with UH was in doubt.

What she did say was characteristically gracious.

“First of all, we’d like to thank the WAC,” she started off. “I know this is our last year in the Western Athletic Conference, but we enjoyed being part of the membership. More importantly, we really grew as a program in being in the WAC. So, thank you very much to the conference for having us.”

Donovan stated that they would begin the search for a new head coach immediately.

“We’ll try to find the best person out there to lead the program from where Dana’s taken it,” Donovan said. “Our goal would be to do it as soon as we can without rushing it to make sure we got the right person. But to (also) give that person as much time as possible.”

Candidates for the job include current UH staff, first-year associate head coach Gavin Petersen is a possible candidate. He was a finalist for the job that went to Takahara-Dias and two years later came in from Idaho and was entrusted with the team’s offense and recruiting.

Hopefully the Wahine can get a great new coach into the program and get back to winning games on the court.